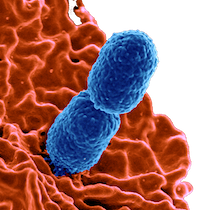 I have created my own take on a bootstrap glossary for this site. The whole thing is set up as one YAML file, which I have stored under _data for this site. This glossary is used to perform several different tasks on the site. So, I get more bang for my buck when I enter a term into the growing list. I will post the glossary.yml file in GitHub once I get enough terms finished. Keep posted.

The glossary is a simple YAML file with the following structure:

Here is an example entry for mean:

In addition to acting as a glossary, the definitions for the terms can be used to populate bootstrap tooltips. I have created a TextExpander shortcut to create tooltips in my pages. The text for this shortcut is given here:

Here is the tooltip for mean. The images or math equations in the glossary can also be repurposed. These can be added to pages using liquid tags. The formula for the mean can be added with this liquid tag:

When included into a page, it would look like this:

Perhaps I will find additional uses for this glossary in the future. For now, I need to get busy deciding what to include and authoring the content.