I have decided to try postal correspondence chess this year. There are a variety of small tournaments available through USCF for their members, so I registered for a round robin quad. Since I will be playing six simultaneous games over a period of many months (probably more than a year), I figure the I will need some sort of system to keep organized. Here is what I have come up with.

My first exposure to the idea of postal chess was while watching “Dennis the Menace” reruns as a young boy. In one episode, “Dennis’ Obligation” I believe, Mr. Wilson is playing a game of chess by mail. I don’t know why, but that just sort of stuck with me and I’ve always wanted to try it. So I guess that this year I will finally get that off of my bucket list. Who knows, maybe it will be enjoyable enough to stick with. We will see… By the way, I do not earn any money from the links in this post.

Since I plan to pursue this for awhile, I figured that I had better find a way to get organized (chess is hard enough without making it worse with clutter). I found references to an old organizational system called the “Postal Chess Recorder Album”. They seem to be out of print for several decades and old copies sell for hundreds of dollars online. I’m not a collector, so that is out as an option. So here is what I came up with instead. 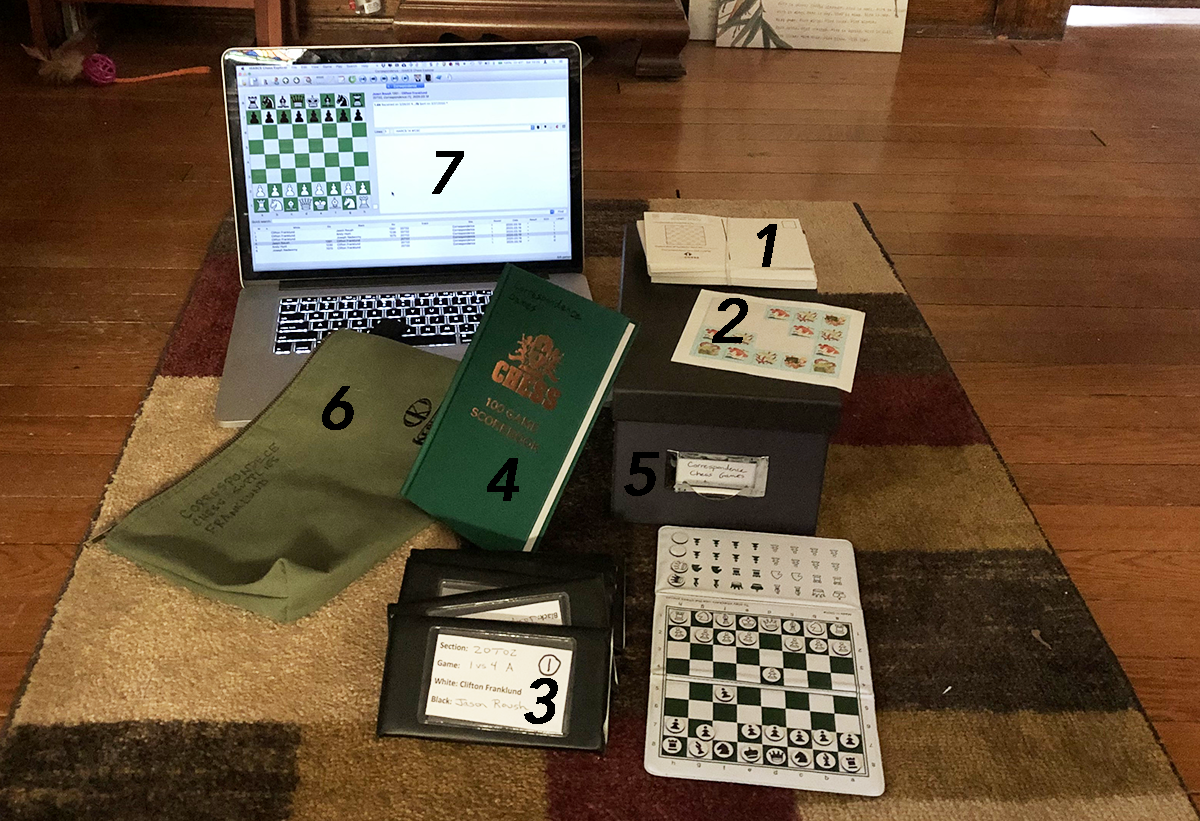 Well that is what I am trying out for now. If you play chess by mail, I would be interested in hearing about what sort of system you use. Thanks for reading.